On 28th February, I got a phone call in the morning from a small group called ‘Clowns and Magicians Without Borders.’ They are two fellows,  one from Venezuela and one from Belgium, who travel around the world doing magic shows for kids in need. They asked if I could set up something for the kids at the garbage dump – that day! Although I already had a difficult day ahead, I couldn’t pass this up. I’d already done two clinic runs that morning and also started to break in a new interpreter. I arranged to meet them at 4:00 in the afternoon and they arrived at the dump just before five.

The problem I had was that I hadn’t had enough time to let everyone know about the show, and the kids were scattered all across the dump. I managed to get the first lot organized, then went off hunting for the rest. I headed off to the far side of the garbage dump, which took about 15 minute to get them all organized and then they started to crowd into the truck. The question is: how do you get 37 kids and adults into a small pick-up truck? The answer is: just let them deal with it and they work it out. The look of surprise on the faces of the two clowns when the truck pulled up was worth a photograph. I then repeated this at other parts of the dump and eventually managed to get 150 people all in one place. The show started around 5:30 and went on for about an hour. The whole event was absolutely priceless. This is the first time anyone has ever put on a big event in the actual garbage dump. 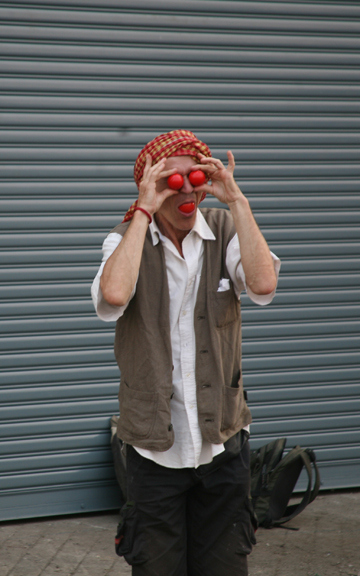 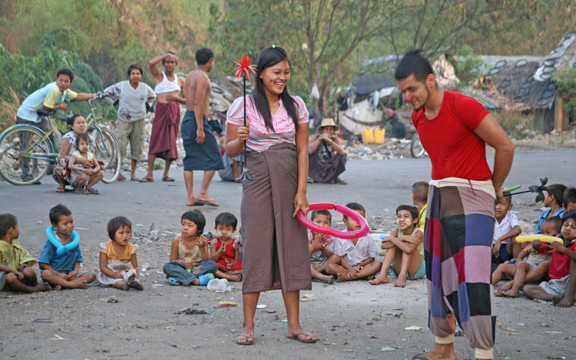 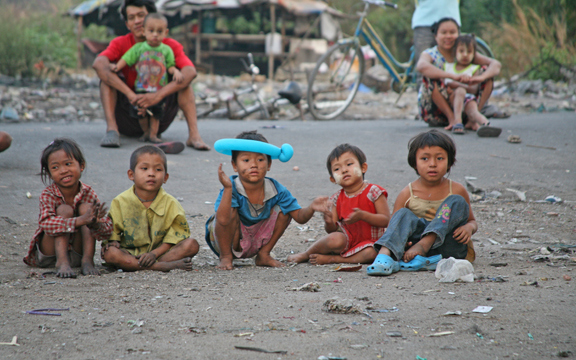 After the show I took them all home to more laughter and singing. All in all a fantastic time was had. This talented duo is called:

Clowns and Magicians Without Borders: Belgium

My deepest thanks to Paul and Sylvian for bringing smiles and laughter. Fred

This entry was posted in Fred's Letters and tagged Magicians Without Borders. Bookmark the permalink.